“To what shall I compare thee…” – Shakespear

Mediterranean food has grown in popularity over recent decades, even within this past year for sure, having recently been ranked as the #1 healthiest diet. But this popularity hasn’t always been the case. It used to be if someone mentioned hummus or shawarma, they would have very likely been met with blank stares or confusion.

And while a golden age of Mediterranean and Lebanese cuisine is now in full swing – its health benefits lauded and extolled throughout popular magazines and the internet – it can still be difficult to describe certain items to someone who hasn’t experienced it.

Enter, the power of simile and comparison. That’s what we’ll be doing in this series. Maybe its a relative or a friend that “just needs to try it,” or maybe there’s a coworker who just needs to be set free from those same old boring lunch options.

So hold on, and prepare to behold the intersections of Lebanese and other favorite cuisines and dishes. In this first part of the series we will be looking at some of the top three:

Ours are made from scratch – chickpeas are soaked overnight, cooked, ground, shaped into balls, about the size of a golf ball, and adorned with sesame seeds.

While its origins are in doubt, with some thinking it may have originated in ancient Egypt, falafel holds an important place in most Middle Eastern cuisines – including being one of the most popular street foods – and has made its way around the world, so you’re probably already familiar with it. Its usually served as a side dish or inside pita bread as the principle filler for sandwiches, often accompanied with tahini sauce – a paste of ground sesame seeds mixed with oil, lemon juice, and garlic.

Fresh falafel should have an exterior with a crisp crust but a fluffy, savory, interior. It’s vibrant green color coming from parsley and other fresh herbs.

What does it compare to: Hushpuppies. Falafel might be considered the “Lebanese/Mediterranean hush puppy,” though the fresh herbs and spices make it a much healthier and more complex version. It’s a delicious source of protein for vegans and vegetarians and meat eaters alike.

So…when asked by friends, family, or strangers, “what is falafel?” You can confidently answer, “a Lebanese Hushpuppy.” Nuff said. 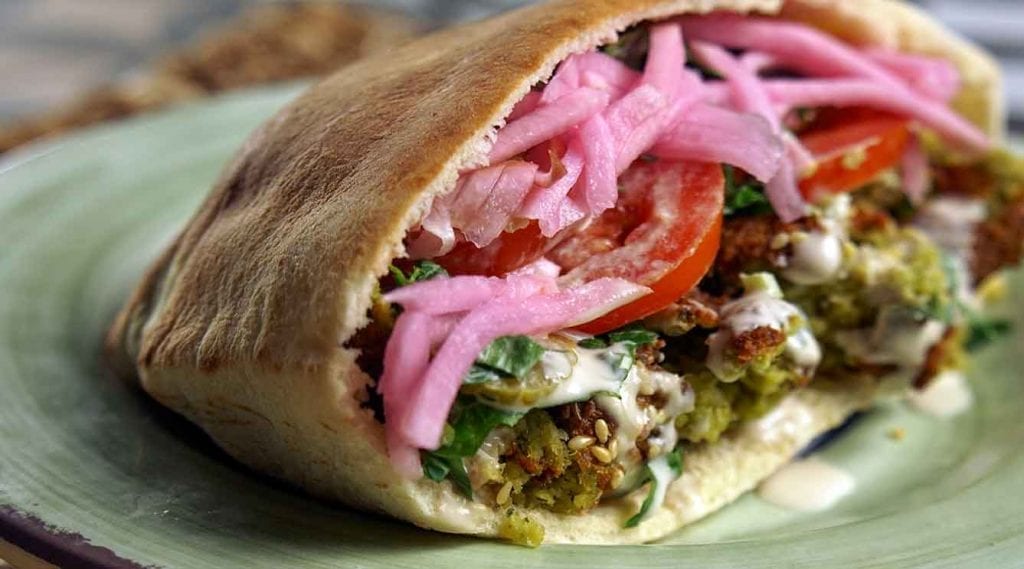 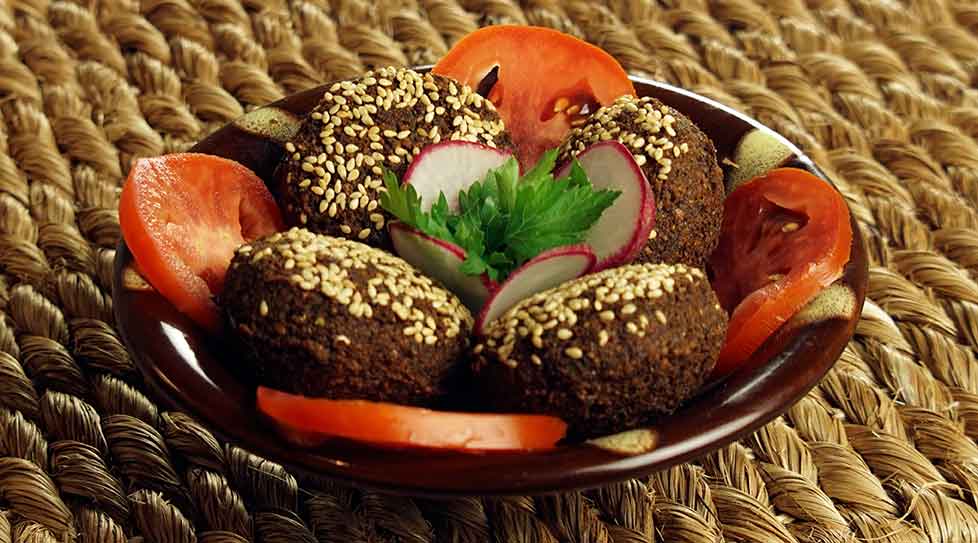 The word itself comes from the root verb naqasha ‘to sculpt, carve out’, most likely referring to the process where after the dough has been rolled flat, it is pressed by the fingertips to create little dips for the topping to lie inside.

Man’ousheh is carving a place for itself beyond its traditional Lebanese borders – across the US, especially in places like New York City – and it has long been a local Carolina favorite at our Neomonde “New World” restaurants (Raleigh, Morrisville, Durham).

They can be described a lot of ways: freshly hearth-baked flatbread (ours made from organic flour!), open-faced sandwich, and of course the Lebanese pizza. Distinct from other Mediterranean food, Man’ousheh are inherently Lebanese. There are also endless varieties.

You can learn more about this Lebanese favorite here: Man’ousheh Blog

What does it compare to: This one’s pretty easy. Pizza. Yep. Lebanese pizza. Or in the case of the ‘fatayer’ and ‘carre,’ calzones. Nuff said. 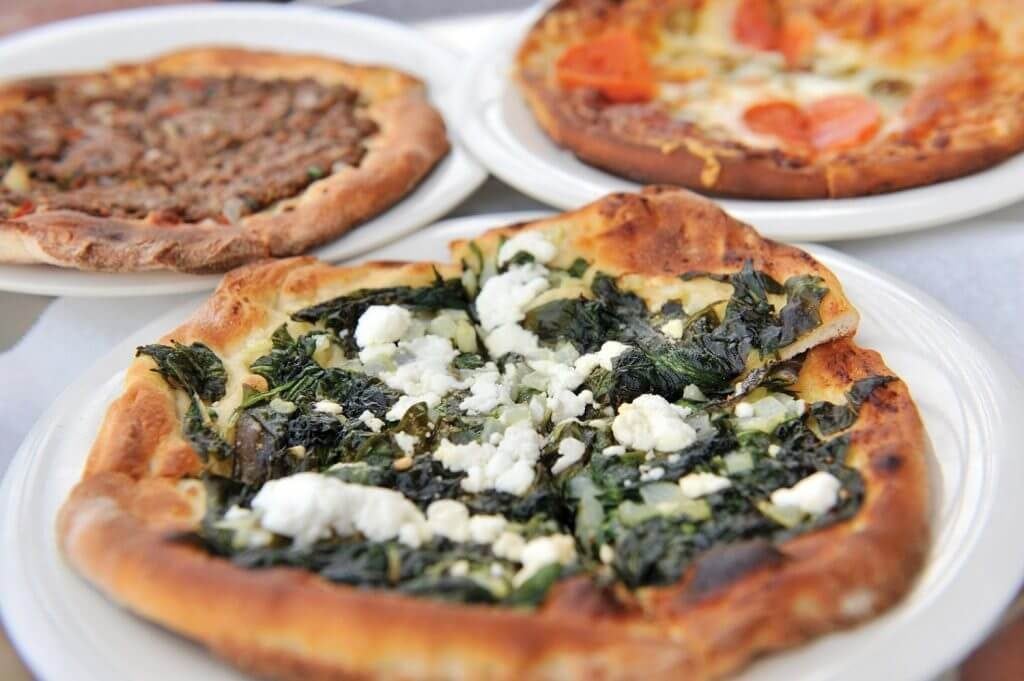 Neomonde has taken a unique approach to preparing this dish, having innovated a way to make this staple without a vertical spit, decades ago when US food regulations wouldn’t allow its use. Read more about this creative journey and passion here: Shawarma Blog Post

Shawarma is commonly served as a sandwich or wrap, in a flatbread such as pita and is often garnished with diced tomatoes, cucumbers, and onions, pickled vegetables, and tahini sauce.

What does it compare to: Its very similar to the Greek gyros, sharing the same origins from the Ottoman Empire. Tacos Al Pastor, interestingly enough, is also derived from shawarma, having been brought by Lebanese immigrants to Mexico (it’s a neat story: check it out here https://www.pri.org/stories/2015-05-07/thank-ottoman-empire-taco-youre-eating)

So we have gyros and tacos, which should be enough to grab anyone’s attention, or one could simply just say a pocketed sandwich of thinly sliced marinated meats…but it may be more fun to say a “Lebanese/Mediterranean Soft Taco.” One needs options after all. 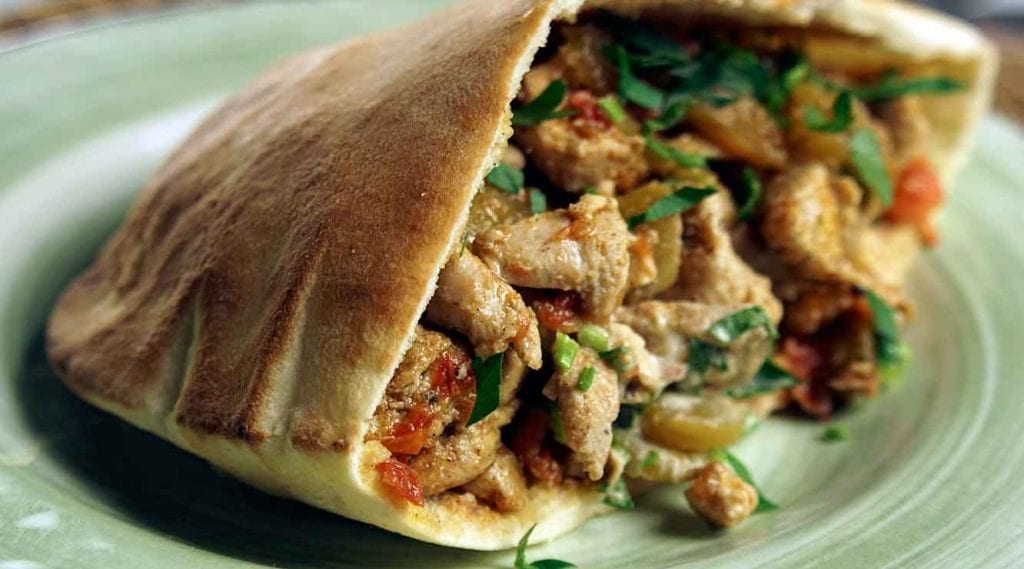 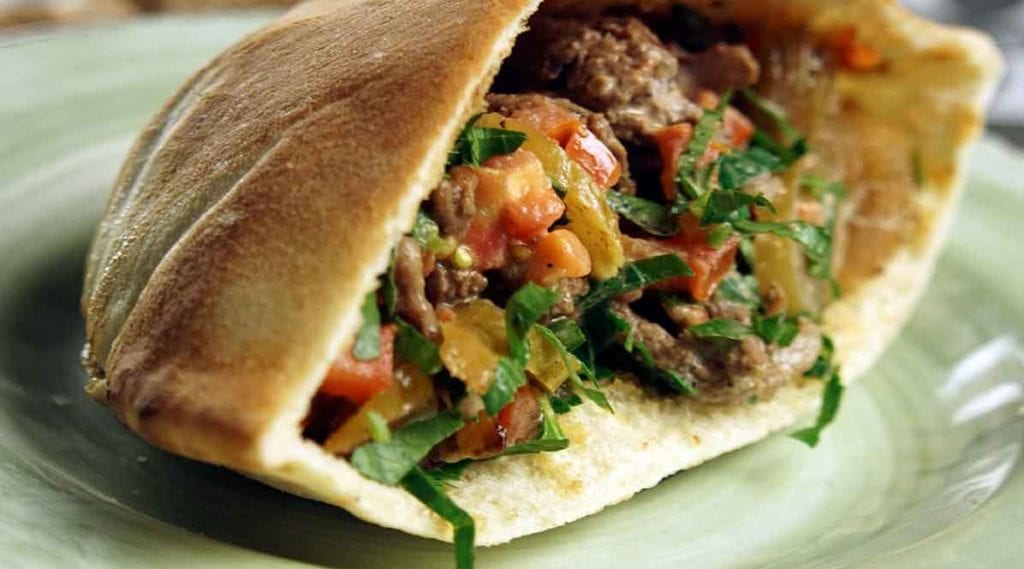